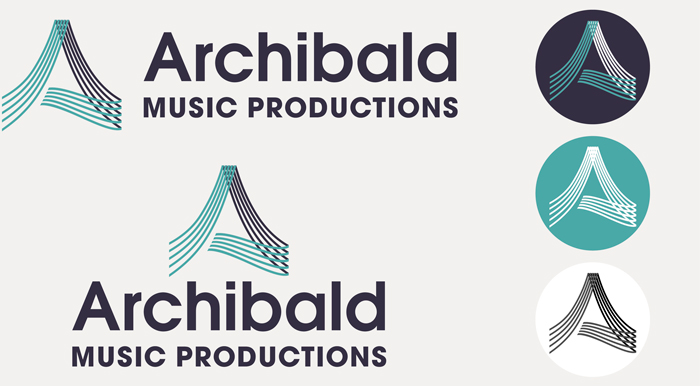 Trumpet player Paul Archibald commissioned me to create a logo for his production company which was sympathetic to the logos I had designed for him for the English Music Academy and English Brass Academy. I decided to use a similar ribbon motif but instead of a single swirling line I used the five lines of the stave to form the letter A. A colour palette was chosen that I felt would work alongside the other two organisations. The dark sludgy blue is common across all the brands. The Archibald Music Productions logo is being rolled out first on social media with other applications of the logo in the pipeline.