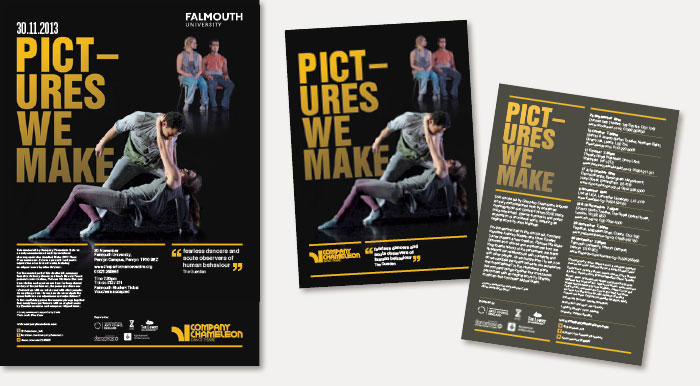 I was asked to produce posters and flyers for a UK tour of this double bill by Company Chameleon Dance Theatre. The company was founded in 2007 by Anthony Missen and Kevin Edward Turner and in 2009 became resident company at The Lowry. The performance features Eden, a newly commissioned work by acclaimed choreographic duo Goddard Nixon (2012 Place Prize nominees), and a new creation by Anthony Missen and Kevin Edward Turner, Pictures We Make.

The typographic style was devised by Wonder Associates for the original publicity when it toured earlier in 2013.
Photography: Brian Slater