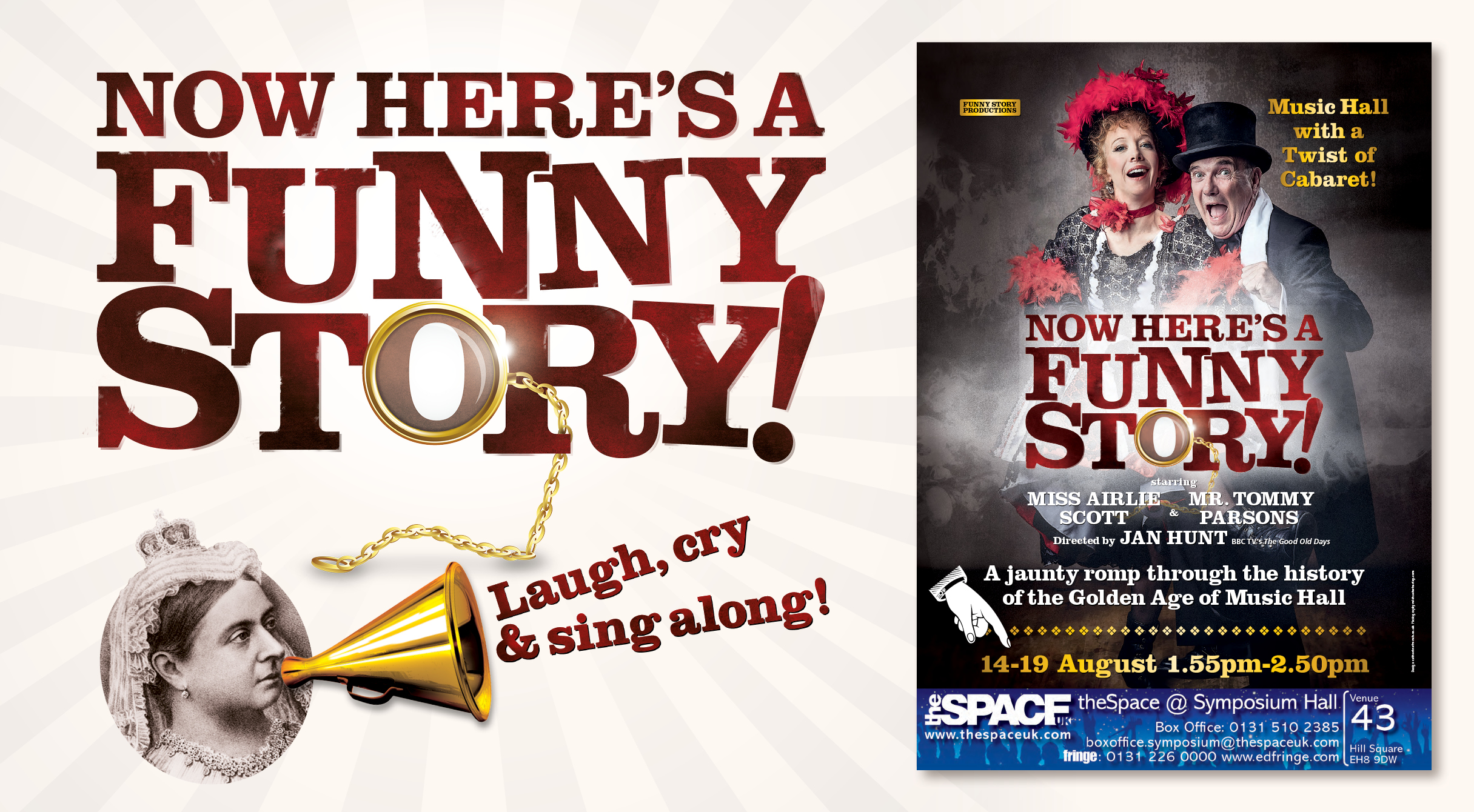 Now Here’s A Funny Story is a jaunty romp through the Golden Age of Music Hall. On this musical journey you meet a whole host of characters played by Mr. Tommy Parsons and Miss Airlie Scott. The show is directed by Jan Hunt of Paper Moon Theatre Company.

In planning UK dates for 2017/18 including performances at the Edinburgh Fringe 2017, it was felt that the show would benefit from a fresh image and logo. That's where I came in. I developed a logo to reflect the period covered by the musical, from the late Victorian era to The First World War, a period of great contrasts between wealth and success and also the darker side of life at that time. Beautiful cast shots taken by award-winning portrait photographer Michael Wharley feature on the Edinburgh Fringe print.