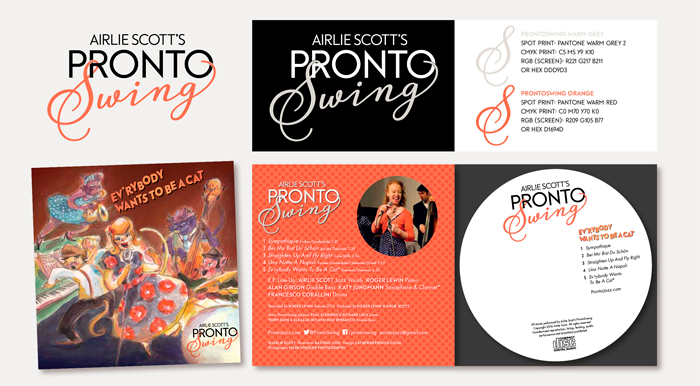 I really enjoyed working on a new logo design and identity for vocal-led London swing band Pronto Swing. Working with band leader Airlie Scott we decided on a combination of contrasting typefaces: classic futura to suggest the era from which the band's music is often from, along with a lively modern script to suggest the energetic swing dance moves. The two parts of the logo are linked by the S which takes the form of a jaunty treble clef. The release of the band's new E.P., Ev'rybody Wants To Be a Cat, at a band gig in January was our deadline, so alongside the logo we worked on the design of the E.P. cover including commissioning illustration from kastruc.com to depict the band in a fun, feline way reminiscent of the original Disney cartoon.